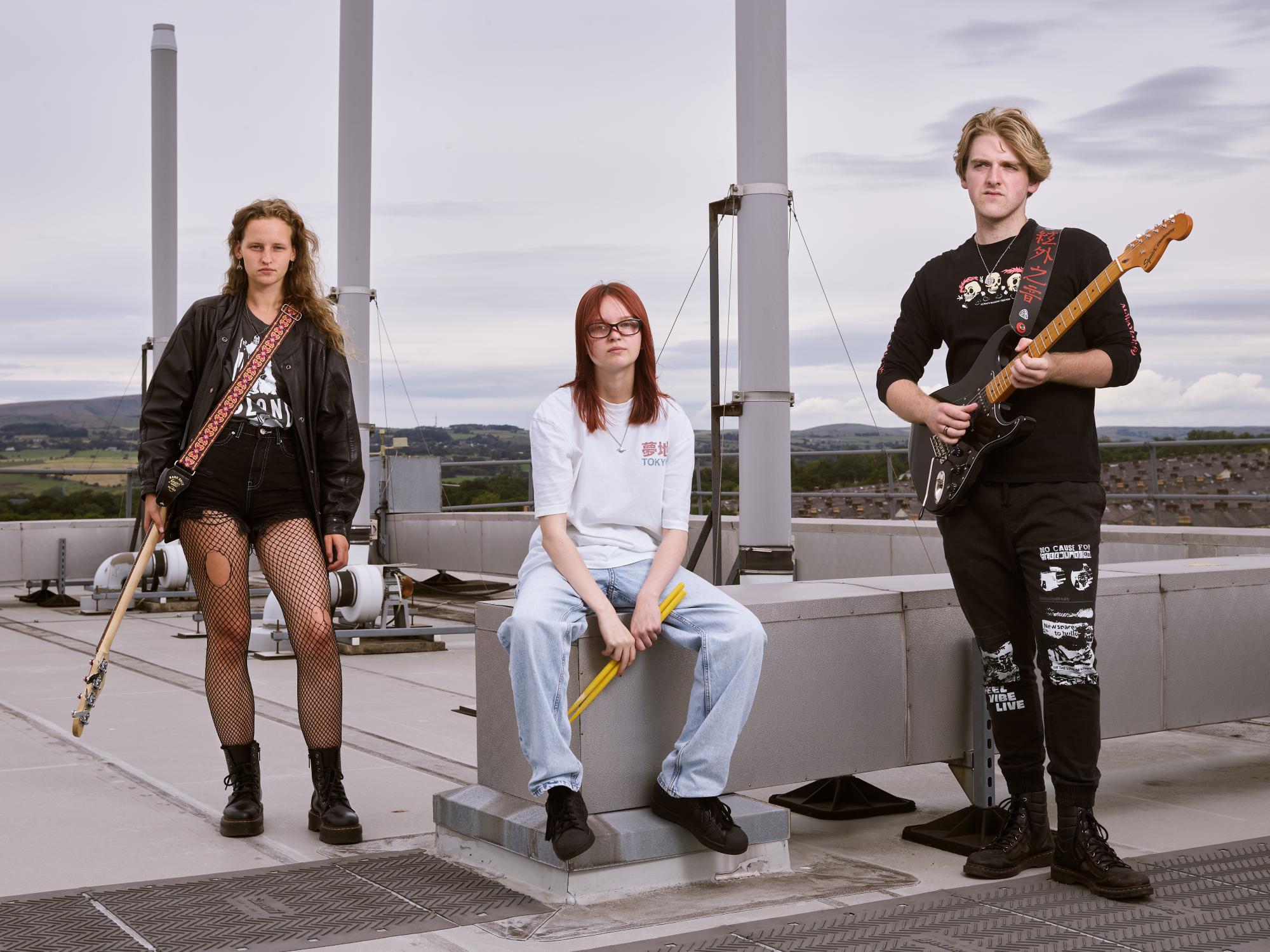 A group of talented Burnley College Sixth Form Centre students took to the roof at the £110 million Campus to record a series of live videos.

Until Joy formed around 12 months ago after meeting on the Advanced Level Music course at Burnley College.

The three 18-year-olds played three songs, including She’s a Charmer which you can watch here:

“We had a real jumble of tastes when we first got together,” says Joel.

“She’s a Charmer was the first real ‘rock’ song we wrote together. After that we realised we could bring all of our skills and influences together to create something different.”

Until Joy, Vocals and Guitar

The mixture of styles is obvious from the bands list of influences which range from The Strokes and Bikini Kill to Paramour and Radiohead.

Keep following us on social media as we release more music from this talented trio.

If you want to blast out your band’s latest songs to the world from the roof of Burnley College there’s no better place to start than on an Advanced Music Vocational Course at Burnley College Sixth Form Centre. With our own professional studio, it’s the perfect place to record, practice and perfect your performance – as well as leaving with a quality industry-ready qualification.

Find out more about the course and apply here.