Home / About Us / Governance

Governors make an important contribution to the life of Burnley College and its students, helping to ensure it is run well and serves the needs of local people.

David Meakin is Chair of the Governing Board, a position he has held since 2014. A qualified Accountant, David holds a BSc(Hons) degree in Mathematics and enjoyed a 35-year career within the NHS, working in Nottingham, Birmingham and Aylesbury before arriving in Burnley. On his retirement in 2005, David held the position of Director of Finance and Deputy Chief Executive. 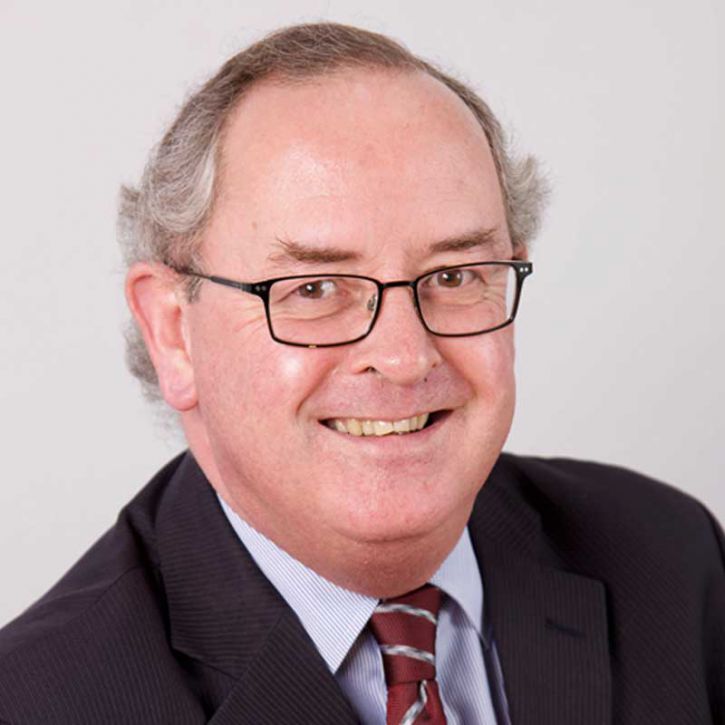 David J. Brown has been a Governor at the College since 2005. Prior to his retirement, he held the position of Burnley Borough Council Director of Environment, with responsibility for Planning and Environment, StreetScene and Markets Services. 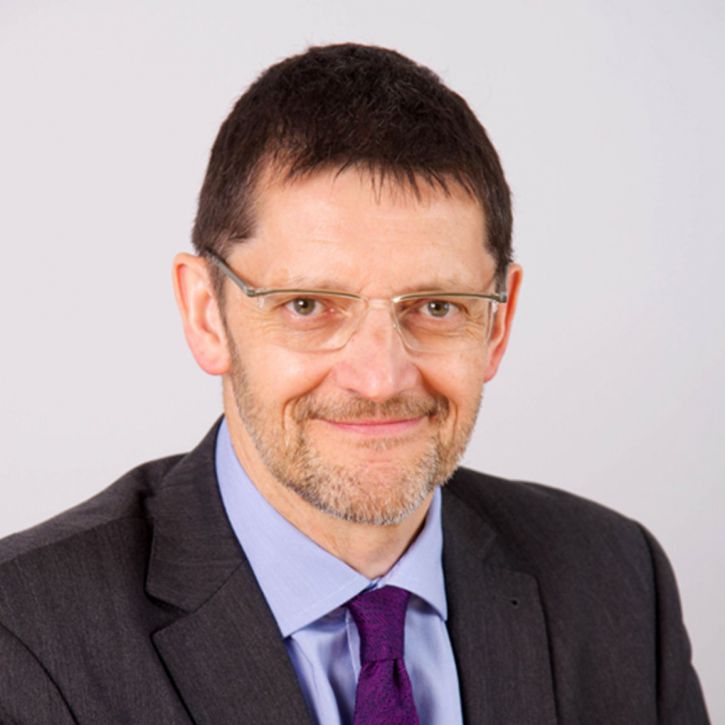 Karen Buchanan was appointed as Principal of Burnley College and CEO of Themis in 2017. She was previously Deputy Principal of the College appointed in September 2011. Karen has worked in Further Education since starting as a part time Computing Lecturer at Burnley College in 1986. Prior to this Karen worked as a Computer Programmer and then a Systems Analyst at The Prestige Group PLC, British Aerospace and at Leyland DAF. 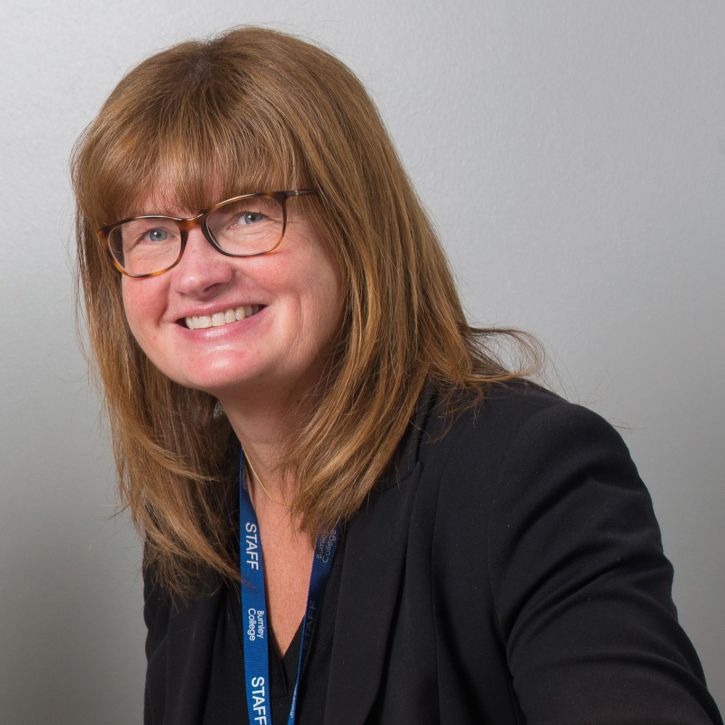 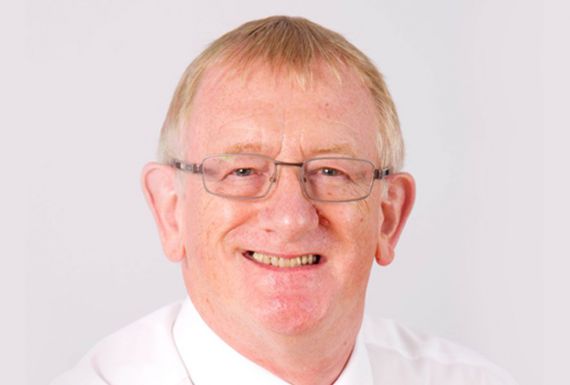 After leaving Burnley Grammar School, Jim Sutcliffe joined Burnley Building Society as a computer specialist and Audit Manager, transferring to the National and Provincial Building Society, Bradford, as Mergers and Acquisitions Planner and Integration Manager. Before his retirement, he developed his own management consultancy business. Jim has been a College Governor since 1998, after being impressed by the high quality of education received by his sons who are former students. 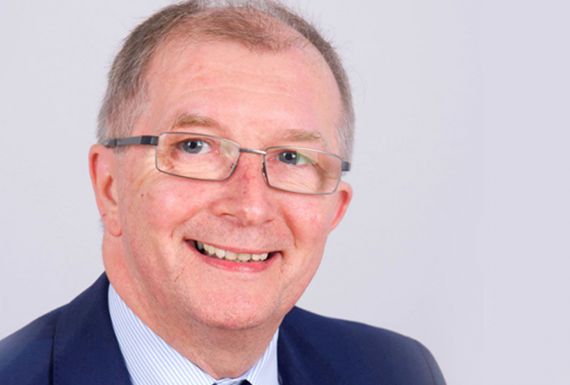 Paul Ragnall joined the College’s Governing Board in 2011. Paul has enjoyed a 30-year career within the National Pensions Service where he has held a number of roles, including Benefit Delivery, Human Resources, Health and Safety and within Job Centre Plus. Paul was, until recently, Deputy Manager of the Department for Work and Pensions and has now taken up a national role in relation to Health and Safety and elements of the Human Resources Function. 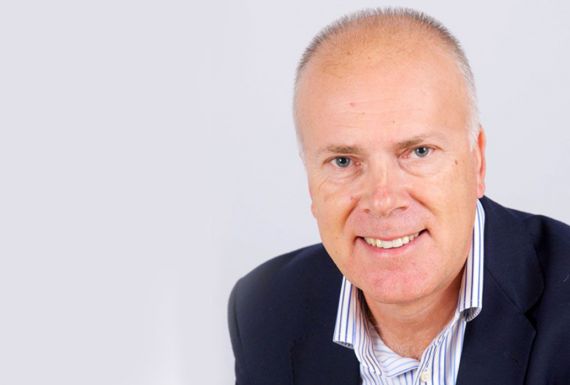 Retired Director of Kaman Aerospace Group, with headquarters in Connecticut, USA, Richard Thorley became a Burnley College Governor in 1993 while he was Managing Director at Smiths Aerospace. A Chartered Management Accountant, Richard also holds a degree in Production Engineering and Management from Loughborough University. 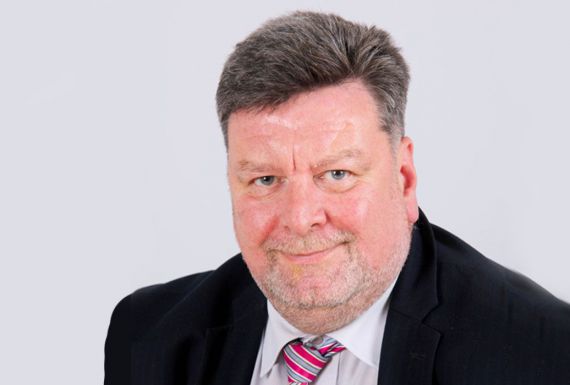 Philip Turner retired from his position as Senior Partner at Waddington and Son Solicitors after a 24-year career in the legal service. A specialist in Criminal Law, Philip started his career as a trainee and continues to work for the firm on a consultancy basis. Philip has been a Burnley College Governor since 1993. 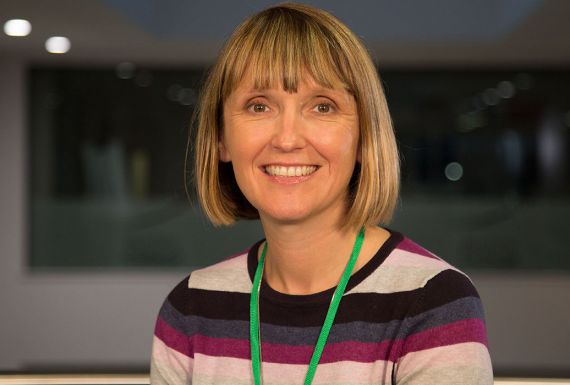 Gillian Bardin was formerly Managing Director of Taylor Patterson, a financial services group based in Lancashire, after successfully completing a management buy-out in 2006. Her key responsibilities were the strategic direction of the business and the development of business relationships. Gillian is a Chartered Accountant and was President of ICAEW Lancashire & South Lakeland in 2016/17 and is currently Entrepreneur in Residence at Lancaster University. 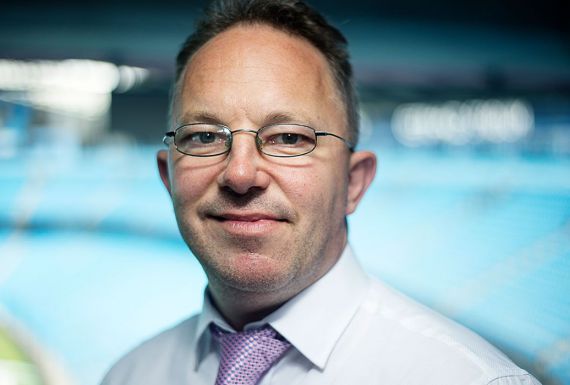 Dr Gerald Griggs is Head of Academics at UCFB (Etihad Campus). He has worked in education for over two decades, with a majority of this time spent in the Higher Education sector. He is a globally renowned scholar in the field of Primary Physical Education and has published extensively in this area, as well as in wider spheres of education and sociology. Gerald is also a Fellow of the Royal Society for the encouragement of Arts, Manufactures and Commerce.

Paul Henderson currently holds the position of Director of Education Frameworks at international building contractor ISG. His previous roles have included that of Client Project Manager, responsible for the new build at Burnley College. A former GNVQ Building Studies student at Burnley College Sixth Form Centre, Paul graduated from the University of Central Lancashire with a BSc(Hons) in Building Surveying and has completed a Master’s Degree in Business Administration. 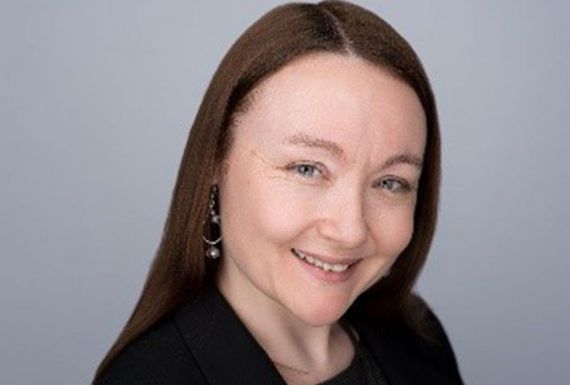 Fiona Lugiano is Deputy Chief Executive Officer at Ascentis, an educational awarding organisation which she joined in 2002. Fiona has managed a number of areas throughout Ascentis, including General Operations, Marketing and Sales and Governance and currently holds specific responsibilities as Company Secretary and Director of subsidiary companies. Fiona obtained a degree in Psychology and has continued her interest in both this subject and education by being a member of the British Psychological Society, teaching at the Open University and has just completed an MBA. 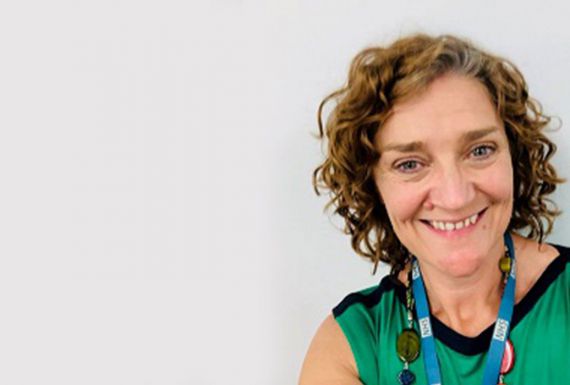 Kate Quinn is a senior manager with 33 years’ experience working in a range of organisations across the NHS around the Strategic Human Resources and Organisational Development agenda. She has extensive experience working operationally, regionally and nationally to deliver on key priorities for the NHS workforce to ensure delivery of services to patients. Kate also has experience as an elected member on Preston City Council where she served as Executive Member for Communities. 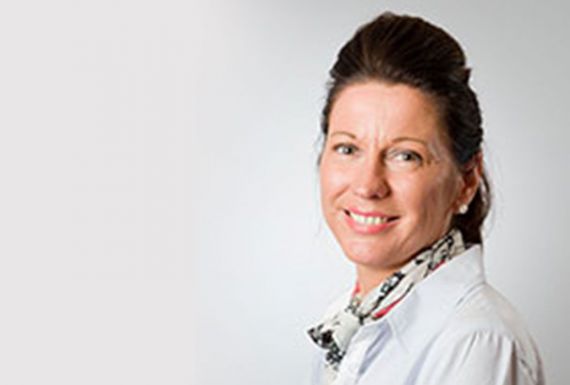 Louise Robinson joined the College’s Governing Board in 2016. Louise has 26 years’ experience within the aerospace industry holding senior roles within Purchasing, Commercial and Programme functions. Her most recent role is that of Programmes Director – UK Programmes. Louise holds a number of professional qualifications including APM (Association of Programme Management), ILM5 (Institute of Leadership and Management) and CIPS (Chartered Institute of Purchasing and Supply). 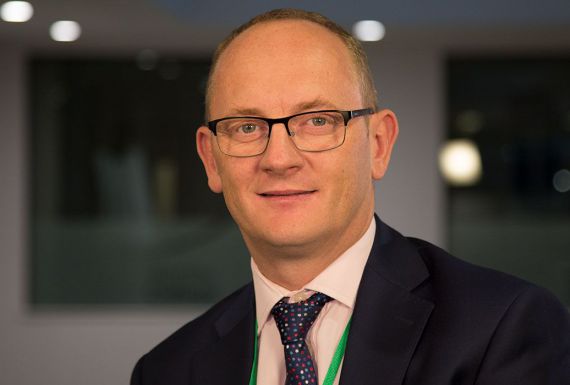 Richard Robinson joined the College’s Governing Board in 2017. Richard is a Director at a local firm of accountants, McMahon Leggate, and management consultancy service FEEsource Ltd. He is a fellow of the Institute of Chartered Accountants in England and Wales (ICAEW). 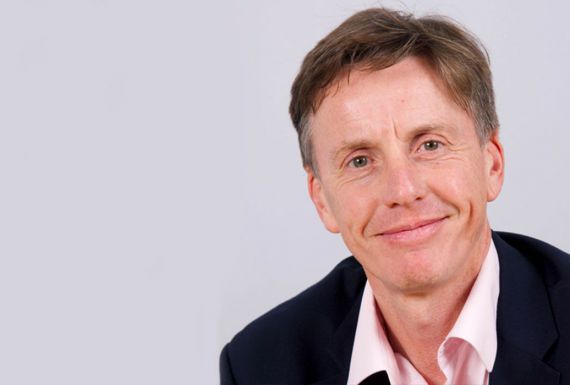 Guy Thomas left aerospace manufacturing group Kaman UK in 2014 after six years of managing three subsidiary businesses within the organisation, first as Group Finance Director and then as Group Managing Director. He is now a self-employed consultant providing specialist services support to small and mid-sized businesses. Guy is a qualified accountant with many years’ experience in this role gained at Earnest & Young and Brockhouse Holdings, where he was Group Finance Director.

Humera Khan has worked at Burnley College for 10 years, starting her career in the education sector as a Mathematics Lecturer within the Division of A Levels. She currently holds the position of Head of Maths and English and is currently studying for a doctorate qualification in the field of Education Research. Previously, Humera worked in the private and public sector as a data and project analyst.

Keeley Seamans has worked at Burnley College for 12 years and is currently the Events and Active Learning Zone Team Leader, with responsibility for the planning and co-ordination of all student, external and community events within Burnley College. She also takes an active role in staff development across the College, co-ordinating staff training and development initiatives.

Oscar Whittaker advanced onto Burnley College from Unity College where he was a Senior Prefect with the title of House Captain. He is studying a BTEC Level 3 Extended Diploma in Advanced Manufacturing Engineering plus an A Level in Mathematics, which will support his high career ambitions to progress on to a Degree Apprenticeship studying mathematics, or to attend one of the top universities in the country to study mathematics. Oscar is also a Student Representative and part of the Student Council. Oscar has a keen interest in football which he plays in his spare time as well as other hobbies, including maintaining a healthy lifestyle. With this mindset he loved completing both the bronze and silver Duke of Edinburgh Awards and he hopes to complete his Gold at some point in the future.

Jessica is studying A Levels in History, Ancient History and Sociology. Jessica plans to progress to University to study History, to get her master’s degree and is hoping to become a historian in the future, she would like to specialise in the 1920s of America through the Golden Age and the Great Depression, as she has always had a keen interest in the subject. Jessica attended Unity College and was made senior prefect for Year 11 and Arts Captain. She also took part in several school productions and won the Nye Bevan award for her achievements in History. Jessica enjoys baking and reading in her spare time.

Governing Board Minutes and Documents

The Governing Body of Burnley College keep a full record of all meetings held, to view the minutes, click on the links below (paper copies available on request)

Meeting of the Governing Board – 5 October 2016

Meeting of the Governing Board – 4 October 2017

Meeting of the Governing Board 3 October 2018

Meeting of the Governing Board 12 December 2018

Meeting of the Governing Board 20 March 2019

Meeting of the Search & Governance Committee 8 May 2019

Meeting of the Governing Board 2 October 2019

Meeting of the Governing Board 11 December 2019