The answer can be found at Burnley College Sixth Form Centre as engineering legends, brothers James and Grant Cooper brought their battling robots to show to excited Students.

It’s part of the College’s unrivalled series of Extra-Curricular activities which have started as a brand-new academic year gets underway.

More than 500 Students and Apprentices came along to the sports hall at the College’s £110 million town centre Campus to see James, Grant and two of their award-winning and international superstar robots.

Robo Challenge were invited initially invited to talk to Engineering Students, but the talks had to be expanded to cope with the additional audience wanting to see the giant automata – including Spectre – a hydraulic powered battle bot which won the King of Bots championship in China.

James and Grant first got involved in creating these fantastic fighting machines after being contracted to help reboot Robot Wars – the iconic BBC TV show.

People often see ‘Engineering’ as dirty and grungy – bolting together bits of metal in old workshops. We see it differently.
We see Engineering as a discipline in which you can use your creativity and imagination to solve problems.

Co-founder and co-director of Robo Challenge 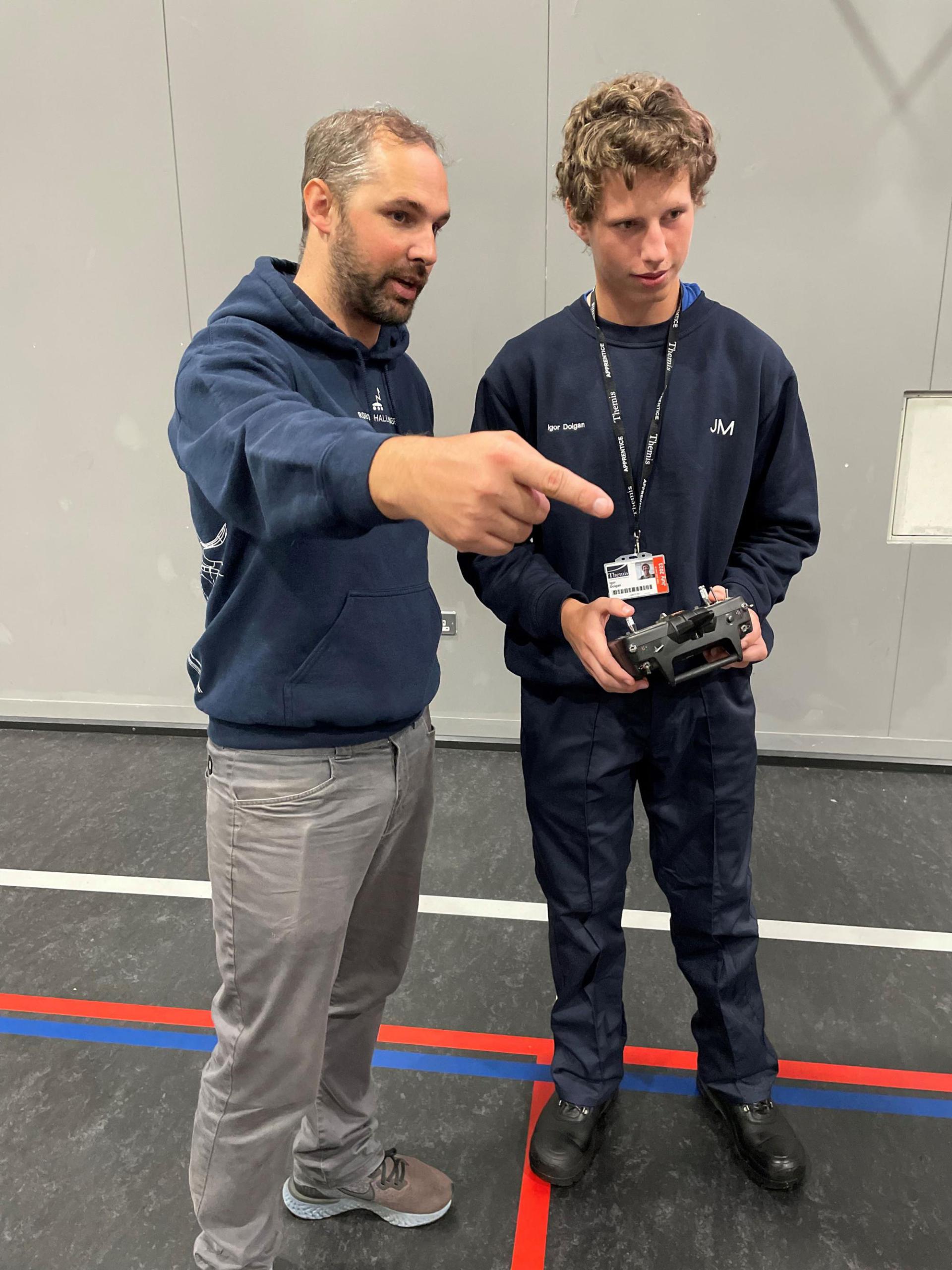 “Nowadays with CAD software and 3D printing so accessible it means you can design and manufacture products relatively cheaply and quickly.

“You no longer have to rely on others – you can concentrate on what you love. If you love design in particular, it means there are fewer barriers to achieving what you want.”

Could you design a world-beating battle bot? Do you share the passion for creativity in Engineering James and Grant do? Do you want to learn more about CAD and 3D printing? We want you to join us at Burnley College Sixth Form Centre. From electrical engineering to mechatronics, we have a pathway to success for you.