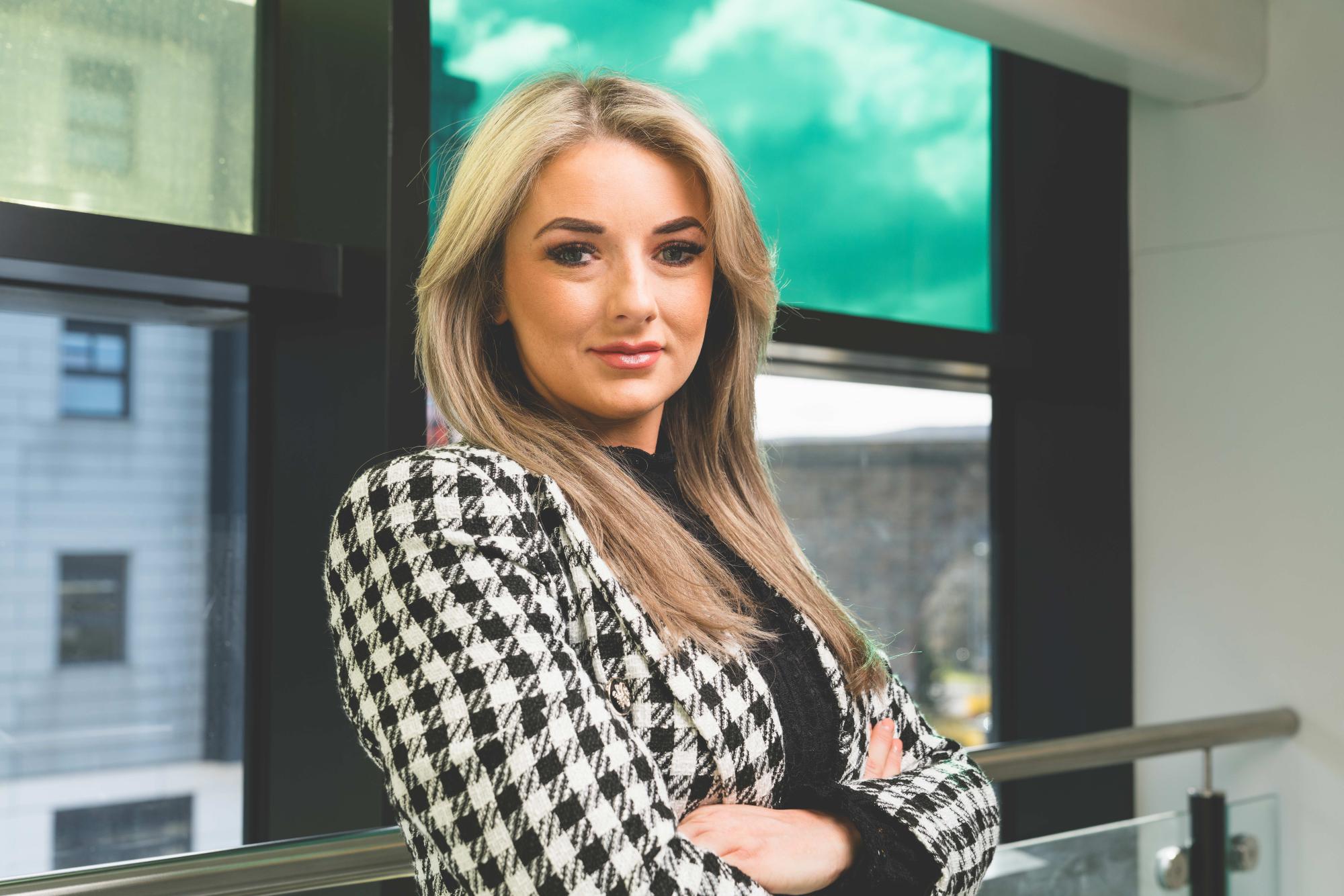 Apprenticeship Compliance Team Leader at Themis at Burnley College, Megan Salkeld, has been chosen as one of just 15 to be celebrated for leading the way across the county.

Judges chosen by organisers Lancashire Business View reviewed the entries, selecting Megan as ‘one to watch’ along with 14 other shining stars under the age of 36.

Megan Salkeld, 26 started her career at Burnley College as an Administration Apprentice 10 years ago, working her way up to lead the apprenticeship team.

Her award application, compiled by her line manager and the senior management team at Burnley College said: “She has a talent to engage at all levels, from Apprentices to senior managers. Her leadership skills and positivity never fail to engage colleagues and Apprentices.”

The entry cited her work on the infrastructure of the commercial arm of fitness Evolution, the College’s on-site state-of-the-art gym facility, which has become a £300,000 a year enterprise. She set this up while completing a BA Hons Degree in Business Management, supported by Burnley College.

Megan said even being nominated was a surprise, but she’s delighted to be recognised for her work:

“When I was told I was going to be entered into Sub 36 I was surprised but delighted. To be featured as one of 15 inspirational young people in the county came as a total shock.
“I started at Burnley College 10 years ago and the support and opportunities I’ve had helped me grow in my role and as a person.”

“Being recognised alongside people who have achieved so much already is a very special feeling.”

Megan’s motivation to understand teaching and learning to support Burnley College has also led to her onto a qualification in teaching.

Director of Apprenticeships Neil Burrows said that this recognition is well deserved:

“Megan’s hard work and passion for innovation, change and growth is more than deserving of this recognition. Her confidence has developed in her current role alongside her leadership skills.
“She has changed mindsets and developed a positive culture to manage change. Myself and Burnley College staff are delighted to see her hard work honoured.”

Recognising her achievements and drive for change, Megan has also been invited to be part of the CBI Future Leaders network where she will influence CBI policy positions and be a voice for apprenticeships.

The 15 featured businesspeople will be recognised at a celebration event on 22 June.