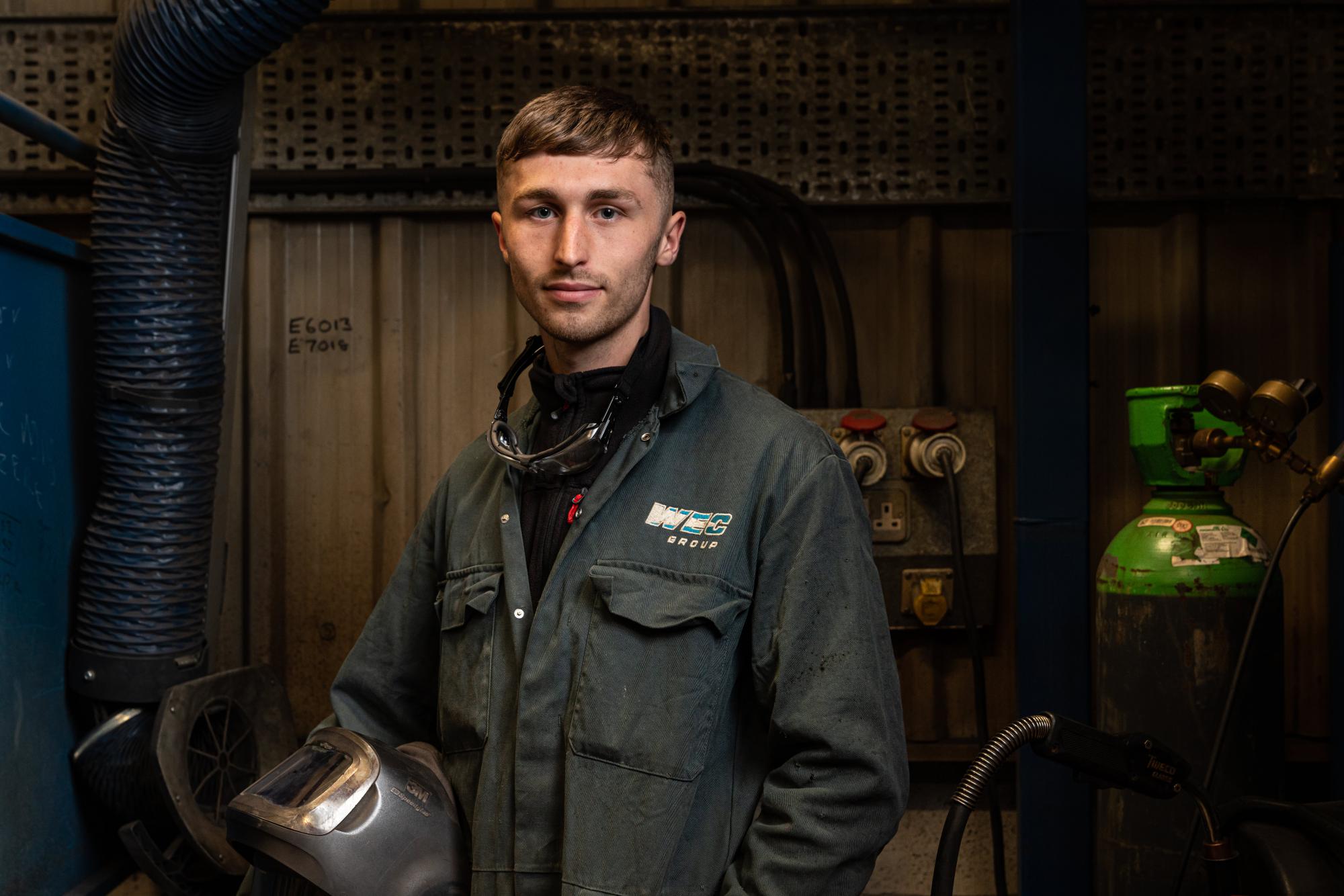 A highly-skilled Themis at Burnley College welder is delighted to have been selected to represent Great Britain at one of the most prestigious engineering events in the world, the WorldSkills Competition.

Kieran McShane, a third-year Themis Apprentice at Burnley College, is heading to Shanghai to take part in the ‘Olympics of engineering’, where he will battle against competitors from up to 85 countries in the highly competitive Construction Metalwork category.

The 20-year-old, from Accrington, Lancs., was selected to be one of the 39 Team UK competitors after his excellent metalwork and attention to detail was noticed while he was an Advanced Level Welding Apprentice at WEC Ltd, Darwen.

“This is a huge competition and I am absolutely over the moon to have been selected to represent the UK.

“The format is really tough – we’ll get sheet steel and tools and be given around 20 hours to build whatever they give us the plans for.”

“Everybody will get the same plans, but it’s going to be really tough. The standard is exceptionally high, and we’ll be judged on everything, from welding and bending to cutting and fabrication.

“I can’t wait to take on this challenge.”

Kieran is keen to surpass Tyler Atkinson’s impressive 11th place at the previous championship, which was held in Kazan, Russia, in 2019.

Tyler, from Blackburn, Lancs., a colleague at WEC, was also a Themis at Burnley College Apprentice, and his Tutors and Trainers have high hopes for Kieran, especially as they have named 2022 the Year of the Themis Apprentice.

“We have a very impressive history sending Themis Apprentices to the WorldSkills Championship, and we have every faith in Kieran to produce some exceptional work and perform well under pressure.

The North West has always had a proud manufacturing history and, with young people like Kieran leading the way, our region will continue to be at the forefront of British industry.

“We know he will do us, and himself, proud.”

“To have such a high calibre of engineering talent on our Themis Apprenticeship programmes reflects the excellent ties Burnley College has with local industry and employers, and the commitment we have in ensuring each and every Apprentice is empowered to be the best of the best.”

Kieran is one of 39 Team UK students and Apprentices selected through a series of domestic competitions in over 30 disciplines including welding, hairdressing, mechatronics and 3D game art.

Team UK will go up against 85 countries over the intense four-day competition in October, in a competition originally scheduled to take place last year, but delayed due to the pandemic.

“After the delays and difficulties of the past couple of years, we should all be proud of the skill and determination these young professionals have shown to get out there and fly the flag for the UK.

“They represent the very best in their field, but will have to be at the top of their game competing against their peers from across the globe.”

Kieran followed his brother into a career in welding when he left school and decided to follow an Apprenticeship route to success.

I knew university wasn’t for me, and an Apprenticeship was the right pathway.

“I wanted to earn while I learned, and I applied for quite a few positions before choosing to start my career at WEC.”

“Themis at Burnley College have helped me every step of the way, and while I have finished the theoretical learning aspect of my apprenticeship, I know they’ll support me in whatever ways I need during my final two years.

“I’ve got to get plenty of practice in from now until October, and I’m sure it will be tough, but I’m up for the challenge.”