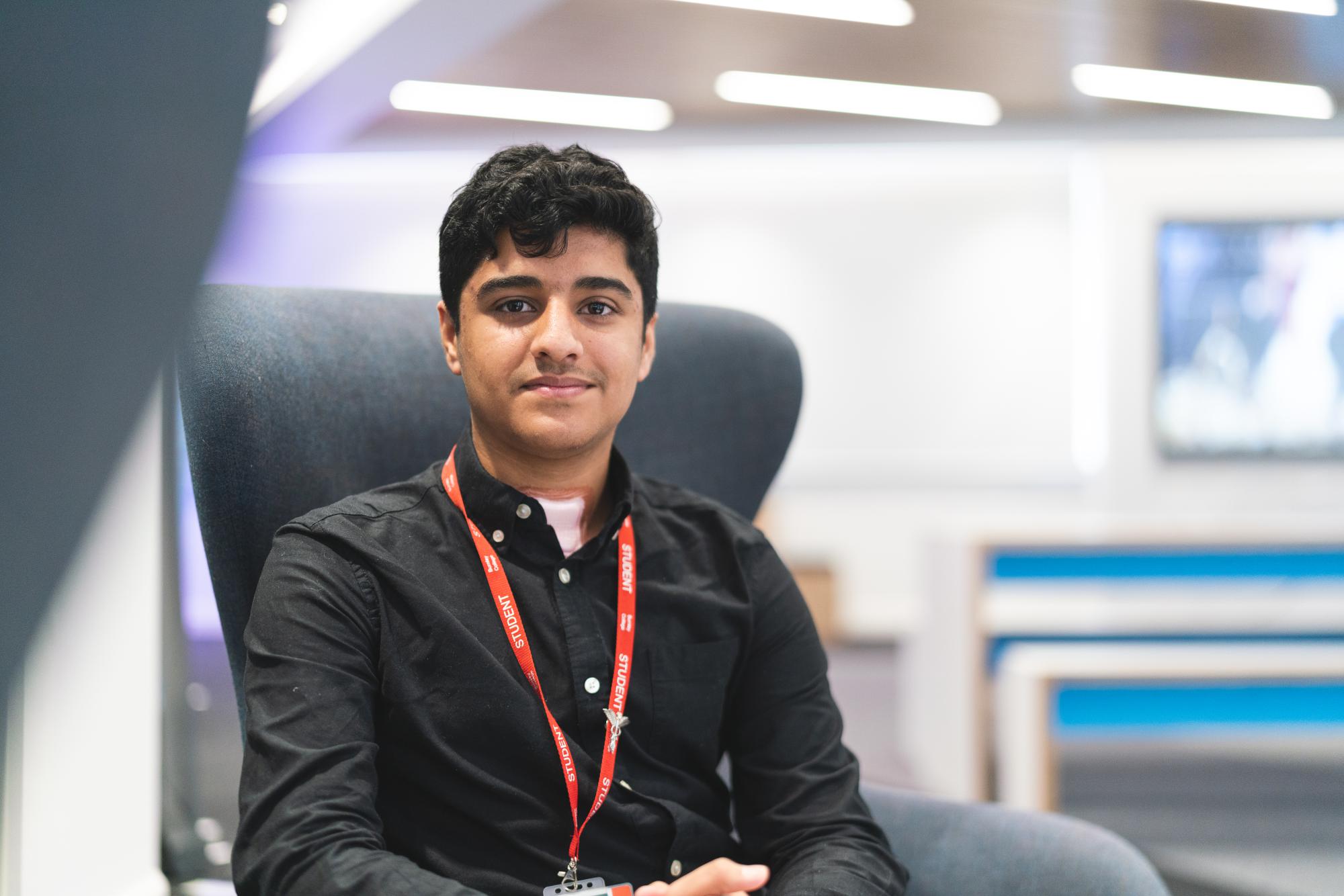 Eshan Bilal is a man who believes in getting things done.

We need people to match their passion with action.

An A-Level Student at Burnley College Sixth Form Centre, Eshan is just 16 years old and has been elected as the Member of Youth Parliament for Burnley and Pendle and was also chosen as the debate lead, to represent young people across the North West by preparing and reading a speech in the House of Commons during the UK Youth Parliament sitting in 2022. With a career in medicine in his sights, he can look back with pride at how far he’s come – and we know because of his passion, belief and drive, it’s just the start of his journey.

We’ve asked Eshan to share his experience at Burnley College with us – and write his own success story.

“I first came to be aware of this opportunity during a citizenship lesson back in Y7, but it wasn’t till Y9 when I began to get involved with my local youth council and began my journey as an activist”

He has found that for something that affects everyone, whether it be in the long term or short, the level of interest and commitment to politics and activism varies wildly across young people.

“I have friends who aren’t interested at all, and I have others who are passionate but perhaps don’t have the confidence to speak up”

This is where the UK Youth Parliament comes into play; it enables young people to elect someone in their local area to give them a voice and tackle all issues and concerns they may have in their community.

“I’ve been elected to represent the British Youth Council in the North West reading a speech in the House of Commons which highlights the cost of living, health and how these affect young people.”

Eshan doesn’t presently see himself following his passion for politics into a full-time career though:

“I’m studying A Levels in Biology, Chemistry and Psychology here at Burnley College and my dream is to be studying medicine in 2 years’ time”

Earlier this year in March 2022, Eshan, normally fit and healthy, was admitted to the Royal Blackburn Hospital, and then quickly transferred to the Paediatric Intensive Care Unit at Royal Manchester Children’s Hospital. He was diagnosed with pneumonia, which soon developed into a life threatening case of Acute Respiratory Distress Syndrome, leading to a severe case of sepsis, and causing him to have to be intubated and on the ventilator, asleep and paralysed for several weeks.

Although it was a difficult time for him and his family, he hasn’t let this affect his aspirations –

“Being on the other end, I think my journey in hospital has only ripened my passion for medicine and my desire to become a consultant and help others, the way my own doctors and nurses helped me”

Eshan believes it’s important to look at a negative experience with a positive light and not let it stop you from doing what you love.

“Yes, it was a traumatic experience, but from this, I’ve made so many great relations with all the staff at the hospital. I was even invited to do a talk on my experience at the Northern Paediatric Respiratory Forum. This journey has given me the potential to be a greater, and a more empathetic doctor than I would have ever been. I’m now a member of the RMCH Youth Forum, so I can help influence NHS Paediatric Services, in order to improve the experience of any other children in hospital”

Thankfully, Eshan is living a normal life again, but the road to 100% recovery is a long one. However, he continues to follow his passion, both in politics and activism, and medicine.

Watch Eshan’s speech from the House of Commons, streamed live on Friday 4th November, from approximately 2pm at www.parliamentlive.tv