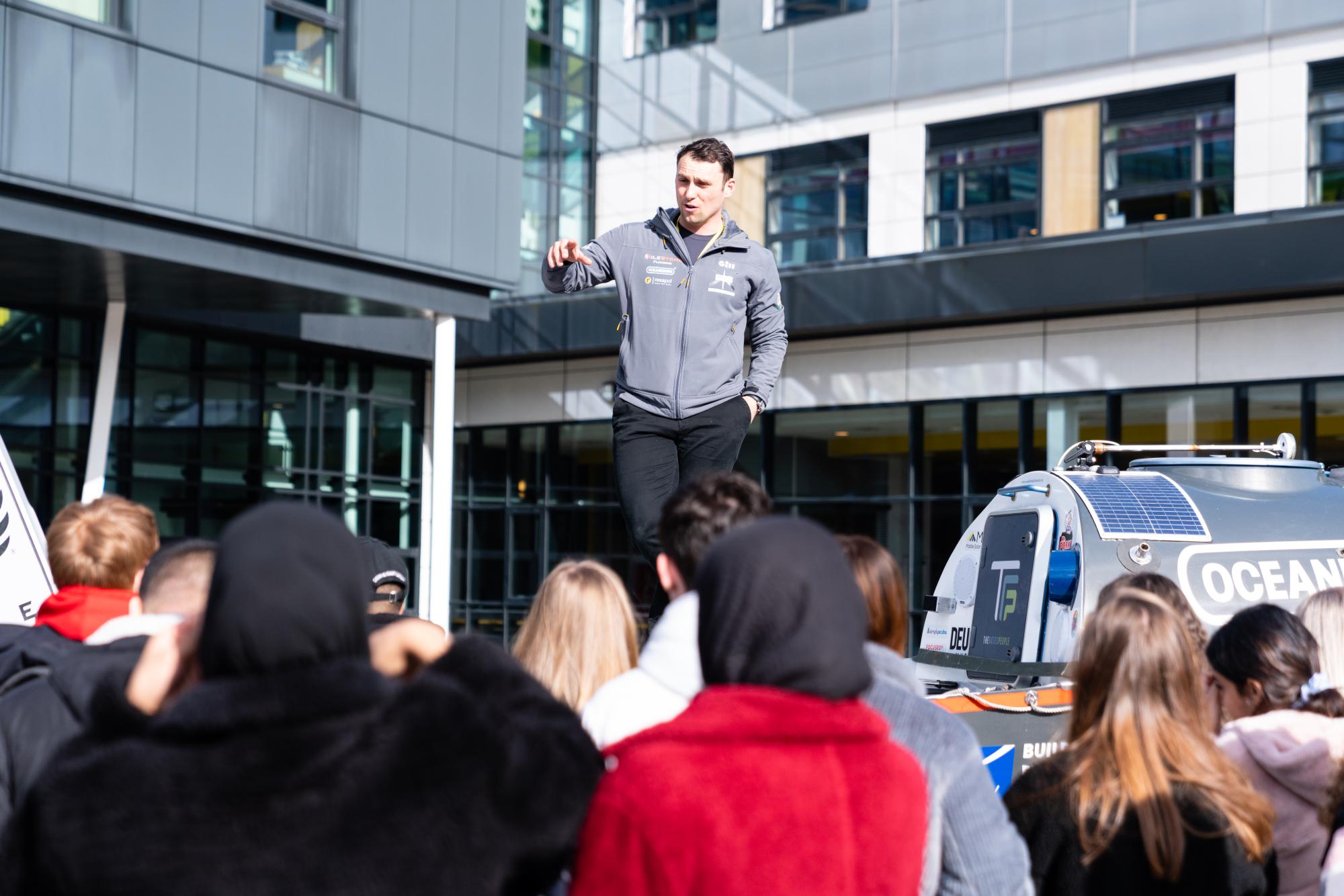 He’s been invited to raise the flag alongside the Tri-Services team at the Commonwealth Games Opening Ceremony tonight (28 July).

It’ll be screened on BBC One from 7pm and Prince Charles will be there to share a message from the Queen.

It saw him and his team row 3,700 miles from Brooklyn Bridge, New York to Tower Bridge in London to collect data and raise awareness about plastic pollution in our oceans.

Matt says he so proud of his team and is delighted they’ve been asked to represent our country at such a prestigious sporting event:

“Final rehearsals have been completed – just before Duran Duran came out and did their set! Brasses and boots have been polished and uniforms pressed.
“It’s a real privilege for to be asked – now not to forget how to march in front of 1 billion people!”