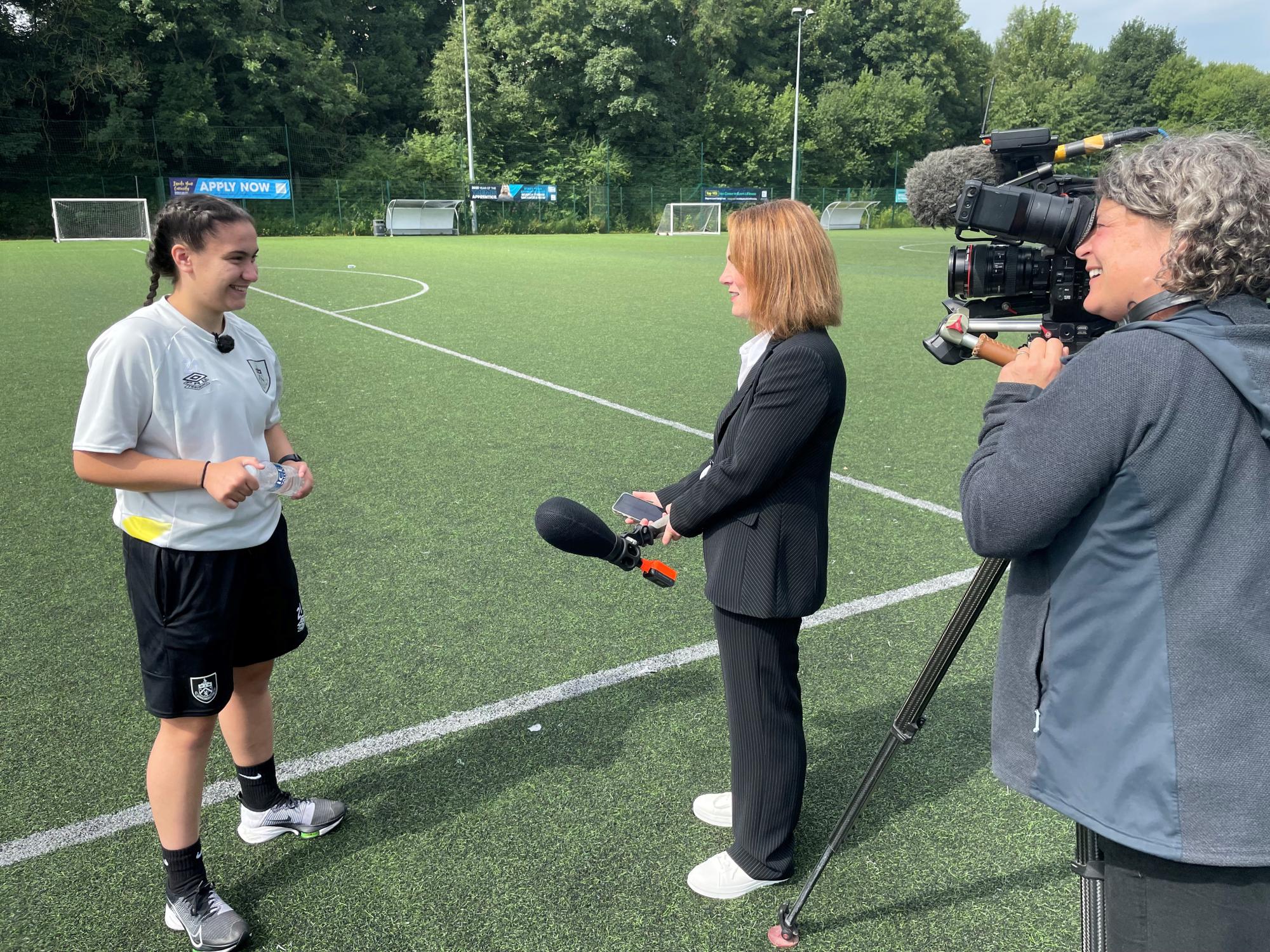 As the Lionesses line up to take on Germany at Wembley in a game which has captured the heart of the nation, Burnley College and Burnley Football club are aiming to revolutionise the future of women’s football with a unique professional educational pathway.

Fitness Evolution, Burnley College’s cutting-edge sport, fitness, strength and conditioning centre has partnered with Burnley FC Women to become their main training hub and have already held trials for the team – and to create a way for young woman to take their dreams of playing professionally to the next level, while still maintaining a strong academic skill-base.

Burnley FC Women recently signed Jonathan Morgan, a manager with an exceptional track record at Leicester City’s Women’s Football Club. Under his leadership they reached the Woman’s Super League in 2021, the highest tier of professional play in the UK.

Ashley Alderson, manager of Fitness Evolution says this is just the first step:

“It’s an ambitious plan, but with the level of commitment, passion, expertise and with the highest standards of facilities at both BFC and Fitness Evolution, we can build futures and change the lives of budding female football stars.”

“It also represents everything we stand for at Fitness Evolution and with our colleagues at Burnley College. We want to provide everyone who has the passion the opportunity to excel at the highest levels in their chosen career.

“Women’s football has exploded over the last few years and our success the Euros has only strengthened that.  Now we can offer young women around the region, and further afield, a solid pathway to become a professional player and ensure that they match their sporting excellence with academic excellence too.”

The facility has undergone a £2.5 million extension, adding new industry-leading training technology including a cryogenic chamber which drops the temperature to -80 Celsius to promote swift recovery and an environmental chamber where humidity, altitude and temperature can all be controlled to simulate training at the top of Everest or in the deepest rainforest.

Train alongside professionals, get access to the highest levels of technology and knowledge to drive your career in Sport and Fitness forward by studying at Fitness Evolution and Burnley College Sixth Form Centre. We have programmes for Elite Athletes through to ambitious amateurs, people planning a career in Personal Training to those wanting to stay fit.